The second part of this story comes from two elements that are chronologically far, but morally near.

The first one: on the 23rd May of this year, during the remembrance of the 25 years since Capaci slaughter, the auditorium in Palazzo Montecitorio counted 286 absent parliamentarians; the political responsibility of what happened in 1992 in Sicily has now a value that is purely instrumental and istitutional.

The second one is in Paolo Borsellino‘s words, who publicly spoke for the last time on 25th June 1992, during a debate organized by the magazine Micromega: “Giovanni Falcone started dying on the night of 18th January 1988, since CSM had rejected him for a role that he deserved, that was the one of chief of the Investigation Office in Palermo, which was given to Antonino Meli, who subsequently eliminated pool (anti-mafia) and the criteria within it”. And we need to remember, as Carlo Sarzana di Sant’Ippolito (President at Court of Cassation) points out in his latest book, “Giovanni Falcone, Paolo Borsellino, le cose non dette e quelle non fatte [Giovanni Falcone, Paolo Borsellino, what hasn’t been told and what hasn’t been done]”, that: “some of those who are part of the current Democratic Magistrateship, who voted in CSM against Falcone, after his death cried what are called crocodile tears”.

So, the two elements lets us understand clearly where and whose are the two main responsibilities that determined the slaughter season of 1992, maybe even before the mafia’s one, apart from reminding us who Falcone was. The first one, is politics and the politics’ itself, and the second one is the Magistrateship’s that, probably, is the one who’s at fault more than others, as Borsellino stated one month after what happened in Capaci.

Let the facts show it.

On 28th May 1992 the Sisde (that is the italian acronim for Information center for democratic security, ex secret services) centre of Palermo sends a note reserved for Rome, in which it declares the existence of a “plan for attacking Mr Paolo Borsellino”. But no one forwards the message to the Prosecutor’s Office of Palermo, no one moves in the Ministry of Interior, no one, not a prosecutor, not a treasurer from Palermo orders to al least put up a “Tow Zone” board in Via Mariano D’Amelio, where Borsellino’s mother lives.

The day after, Ros (the investigative unit of the Carabinieri) chief Giuseppe De Donno meets Massimo Ciancimino, Don Vito Ciancimino’s son, on the Roma-Palermo flight, who he asks to arrange a meeting with his father, in order to start the negotiation between state and mafia, as Calogero Mannino hoped. Ciancimino, after some days, accepts to be a mediator.

Why this negotiation? De Donno and Mario Mori, who was deputy commander of Ros that soon after started engaging meetings with Ciancimino, report different versions to inquirers. Mori tells that “State” proposed this to Don Vito: “We offer this: people like Riina and Provenzano turn themselves in and the State will be good to their families”; on the other hand, De Donno states that “we proposed to Ciancimino that he could be an intermediary with Cosa Nostra, in order to find an agreement meant to immediately stop this activity overseen by the State, and Ciancimino, at the fourth meeting accepted our conditions, saying “they agree, they want to know what you want”.

Almost a month later, on 25th June 1992, during the debate for Micromega, Borsellino declares his will and availability to participate as a witness who waits for his colleagues from Caltanissetta to be convoked for the Capaci slaughter, but the new prosecutor Giovanni Tinebra will never organize his testimony, as Sarzana points out: “It should be better to clarify things that haven’t been done when it comes to judiciary initiatives about Capaci, the most important one being Borsellino not getting his hearing from Caltanissetta’s prosecutor, whose incredible neglect brought him to stoically utter the sentences that definitely exposed him to death”.

Some days after the 25th of June, Giuliano Amato‘s government starts to grow: almost every minister from the previous government is confirmed, apart from Scotti and Martelli, respectively ministers of Justice and Interior, authors of the decree that improves the 41-bis in order to isolate to strong incarceration the bosses from mafia (decree that will become law just after the slaughter in Via D’Amelio, on 7th August 1992). Thus, Martelli will manage to stay as minister of Justice, but Scotti will be substituted by Nicola Mancino, who will be referred for trial for perjury, since he will deny having had a conversation with Martelli in which he complained about how Ros were behaving with Ciancimino.

In the same days, Liliana Ferraro, director of Criminal affairs at the Ministry of Justice (in Falcone’s place), meets Borsellino in a hall of Fiumicino airport and informs him about the talks between Ros and Ciancimino, as De Donno himself asked her to do. Nevertheless, the judge didn’t give a glimpse of reaction, being absolutely unsurprised, saying that he would have dealt with it, says Ferraro. So, was Borsellino already aware of the negotiation? And, if so, had he been informed by Mori and De Donno during their meeting at Carini barrack in Palermo, mid-June?

In the airport hall arrives the minister of Defense too, Salvo Andò, who reports to Borsellino a note from Ros that has just arrived at the prosecutor’s table in Palermo: a disclosure from Carabinieri reveals that Borsellino, Andò and the magistrate Antonio Di Pietro, are the next victims for future attacks, and that TNT has already arrived at Palermo. Borsellino’s wife, Agnese Piraino, tells about how Paolo freaked out, so much that he hurt his own hand by violently beating it on prosecutor Gianmarco’s table, that didn’t inform him of what Andò had just told him.

1st July 1992: Borsellino is in Rome, to examine a new snitch that, after Capaci, decided to cooperate with justice: Gaspare Mutolo. He tells the names of Bruno Contrada and the judge Domenico Signorino as the members of the istitutions that keeps relationships with mafia.

During the interrogation Borsellino will be forced to go away to head to the Viminal in order to participate to the cerimony for the new Interior Minister Mancino; who receives him is Contrada himself, who, in the entrance hall, jokes about the confession of Mutolo that by now is still secret. Then, Contrada will be condemned on 10th May 2007 for collaboration with criminal association.

We don’t really know what Borsellino and Mancino have told each other, but logic suggests that the judge had exposed his firm dissent for the current negotiation.

Nevertheless, Mancino will be continuing denying that he ever saw Borsellino that day, for fifteen years: “I didn’t even know his face, I would have never recognized him”, writes Marco Travaglio about Mancino’s testimony in front of the judges, in his book “È Stato la mafia” [Litterally: It has been Mafia. In italian this sentence creates the meaning “Mafia is State”, meaning that they’re the same thing]

On 10th July 1992 Riina exposes to Brusca, his fellow man that was also part of the slaughters, his disappointment for the stall in the negotiation, saying “we need to give another shot in order to convince who is in charge to negotiate”, that is to say accepting the conditions that Riina wrote in his “papello”, given first to Antonia Cinà, then to Massimo Ciancimino in order to finally arrive to the State, which says: “abrogate hard incarceration, the benefits for the snitchs, life sentences and seizures of goods for the Mafiosi; introducing new norms to give the Mafiosi the benefits for the Red Brigades and allow a review of the “Maxiprocess” ( È Stato la mafia, Marco Travaglio).

What was the other shot to be given? Who is the obstacle that has to be eliminated? The anwer is simple: Paolo Borsellino. But still, who warned Riina about Borsellino’s dissent? The judge has talked about it just with some colleague, some ministry officials, two politicians and just as many officials from the military unit.

But Borsellino knew it: at the end of June, in front of two young prosecutors, Massimo Russo and Alessandra Camassa, he cries because “a friend has betrayed me”. 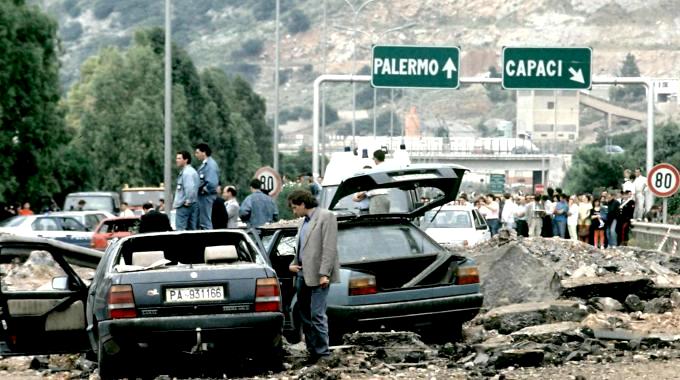 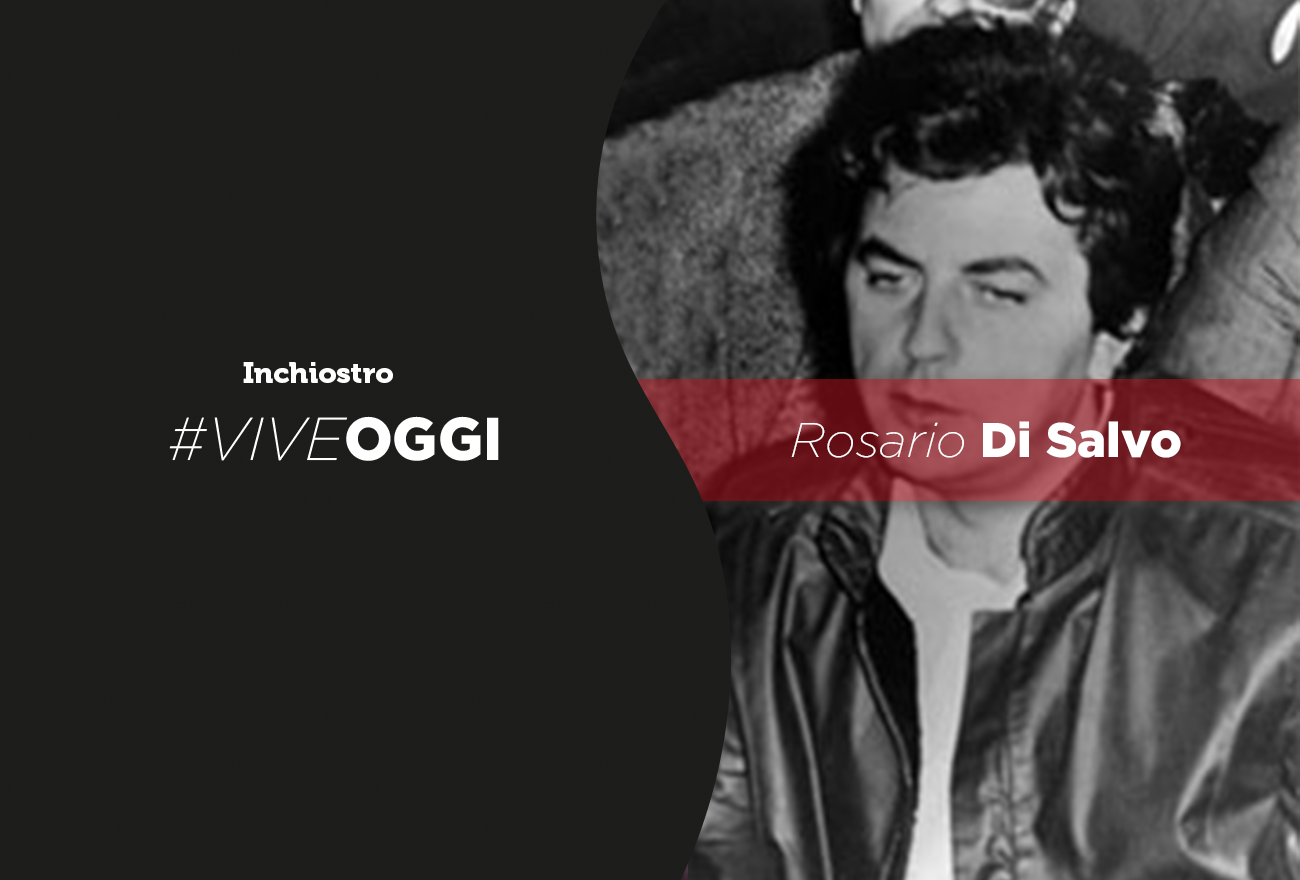 INK157: The beginning of TV series