Since my mum discovered Amazon, nothing is the same anymore. We’ve never received many visits, but since mum discovered Amazon, the doorbell rings regularly once every two weeks. “Sì señora, I’m the courier” and the house is filled with glee. Products for the house, books, car spare parts, travel gadgets, no newspaper’s sheets(*) (with Inchiostro there are already enough around anyways), one time even a treadmill. And if there are unbeatable offers, every once in a while the electric toothbrush’s replacement pops up, which arrives from China after two months; or the debatable piece of clothing that “looked bigger in the photo” and instead could maybe fit a 12-year-old; the pair of shoes that “are too cute, make it work” even if you risk a big toe micro-trauma; the iPhone case that comes the next day “bless Amazon Prime”, but you have a Samsung, so you have to send it back without being able to open it to see if it was indeed maximum protection like the specs said.

Since my dad discovered the technological options for the car, on our little Panda appeared sensors and a stereo which works as rear view in reverse, but still when he uses it he keeps turning his neck in absurd positions to check better anyways, because he doesn’t trust the display.

Since my brother discovered Instagram he spends his time stalking famous models and actresses in hopes that sooner or later they will follow him back; meanwhile he still takes selfies cutting his face in half and avoids hashtags because he’s scared to write them wrong.

Since I discovered Spotify I started listening to groups and singers I never knew existed, I found out about Indie music, but while I clean the living room, I still dust my father’s old record player and, lowering the needle, I play Cocciante’s Margherita from a 1976 vinyl.

Digital world, digital Era, new technologies’ universe: however we want to call it, we’re in it deep, from head to toe, ever since the 50s, when the first products of the Digital Revolution timidly peeped out on the market. But like every self-respecting “world”, all the comforts, the innovations, the big or small goals are matched with inevitable and beloved contradictions. What contradictions? Have a look at this new Inchiostro issue (the 158th on paper!) to find out. 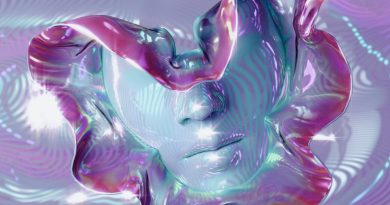