Many great thinkers made referrements to the idea of “ethernal comeback”, as Nietzsche calls it, or “Historical reoccurences” as Vico preferes to define them. However, this is not the point, we are not focusing on the tendency of history to repeat itself, of apocastasis, ouroboros and so on: this time it is not about how time works (the idea of ciclicity is much arguable from a scientific point of view), it is about facing the fact that everything has already occurred, one way or another.

We can start from some assumptions: writing exists since 6000 years ago, the human kind is 200.000 years old and the Earth has been existing for 4,5 billion years. On an hypothetic clock of Earth history, we would appear just on the last two hours.

This data help us understanding how much material has been collected: a very limited quantity. The greatest part of the human knowledge has been lost, but at the same time much more knowledge is produced nowadays than before. This data has, however, another face of the coin, which is experience, or better saying, the lack of experience. Experience is not everything, it often ends like the “induptivist turkey”, but it has run paths that are hard to imagine.

Concretely, this means that if we had everything that is knowable produced from the first moment, today we would know something more. In a slow world, or at least less frantic, like the ancient world (we can go back to some centuries ago or some moments ago if we keep using the watch metaphor) it was possible to keep reflecting on some concepts, slowering their development. This is surely a negative fact, but a series of slow facts like this gave us the basis to understand the modern world. History, in the humanistic conception, is made by people and it cannot avoid following people. We are born, we grow and we develop, we multiply ourselves and finally we end feeding some plant. This implies a cycle, but on a purely historical layer that sooner or later who brought certain battles, who gave light to certain news, dies and the ideas with him. It’s history’s duty to understand how this ended this way. History has also to explain how to find a remedy, it becomes a huge manual that explains how to behave. Let us make an example:

“The ******* presented itself like the anti-party, it opened its gates to all the candidates, it gave the chance to a multitude to cover with a paint of vague political ideals the savage overflowing of passions, hates and desires. ******* has so became a matter of costume it identified itself with the anti-social psichology of some layers of the italian people.”

Without the intention to raise controversies, this sentence seems to describe in a rather precise way (so without classical ploys as the Barnum/Forer effect) the current situation of our country. Yet it was Antonio Gramsci to pronounce it, born in 1891, referring it to fascism, which now you can surely substitute to the asterisks above. Gramsci was not a socialist Nostradamus, he was not foreseeing the future but despite this, his 80 years old sentence extremely reflects the current times. With the repeating of human life, we tend to forget particulars and from the memory filter only the big facts emerge, but they are not enough. If we keep ourselves on the Gramsci’s example, we can notice that today the same dynamiques are present in political parties that aim to take control of the country. Again, if we strictly refer to fascism, we cannot avoid to notice all the movements that try to take back to the top a certain atmosphere, desiring to obtain again something that never existed: richness and autharchy (a re-evaluation of Lira was necessary in order to compete with the foreign countries), security (the enemy was different: the stage/regime replaced the foreign thief), social identity (violently imposed with a propaganda-like culture). Today autarchy becomes “no to Europe”; safety becomes self-defense aka to renege a country which claims to itself the right to use violence; social identity becomes closing our doors to the world, envisage a border closing but just to those ugly and bad countries, so those one which cannot provide us with an economic earning. Everything is reduced to a mere mathematic calculation (which is wrong and if it was followed would lead us to bankrupt). This parenthesis at least tries to serve as example to explain how the world does not behave linearly but keeps repeating itself in its dynamics, more than in its facts.

At this point, the only thing we can do is to go back: someone could suggest that this article as weel aims at a spiral:

The quote by Einstein, pronounced in an interview, is the perfect synthesis of how time works, pronounced by a person who understood how time worked better than others. We are not facing a prophecy but a warning born from the awareness of the engine that pushes time, thus everything. Time is a huge container which acquires worth only if it is filled in the right way, both in a personal way and in a general way in terms of whole umanity. The quote was relevant in the post-war and in the following Cold war and becomes more relevant than ever also in the current situation. Human behaviours are thus limited to a range, like movie or book plots. The context keeps changing, backgrounds are mixed but plots remain the same, like purpose and difficulties. And so what’s the point? The ouroboros.

Some people try to imagine it as a ring, who sees it as a knot between two snakes and others as a spiral. In any way you see it, this ouroborous eating its own tail, which is the symbol of a continuous cycle. If we see it in this way, it cannot be broken and it would be pointless to do it. It would mean to invent new dynamics that maybe do not even exist, or maybe we are just too limited to see them. But we cannot tame the snake and decide in which point he is going to eat its own tail. To learn from the past, in this case, does not mean to regret something that does not exist anymore, this is not a regression or reactionarism. On the contrary, it becomes progressism, a vital jump for an aware tomorrow.

The solution is rather trivial: to know history in order to understand present and set out future. Currently there is much debate around the word do-goodism, even when there is a genuine desire to improve. This is not the case, this is not one of those auto-convincing attempts. It is about understanding what surrounds us, understanding the mechanism that moves reality, living the era of the ethernal comeback, the moment in which we manage to break the loop to invent a new way of living. 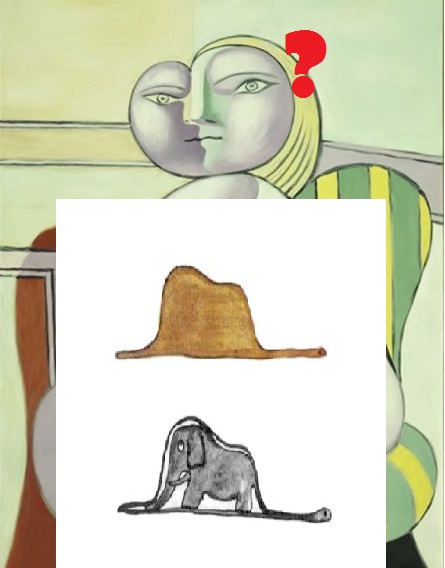