Our second day at IJF18 can be briefly resumed with a word, but if I did so… it wouldn’t be an article. Waking up at a relatively early time (with respect to how tired we were), we find ourselves quite fresh, despite of the visible discomfort of our beds. A wonderful sofa bed, slightly wider than a queen sized one, for two people, a mattress that was not more than 10 cm thick, a squashy pillow (squashy is an extremely restrictive definition), and bed springs stabbed in our ribs. Nevertheless, at 9 am of Friday 13th we felt quite rested, and ready to everything. How were we deluding ourselves. As the excellent economists that we are not (the Flixbus ride should have given you an idea of how broke we are), the previous evening we had bought the essentials for some packed toasts, in order to avoid losing time by having lunch in the centre of the city, and also to save money. Unfortunately we horded everything that was far from necessary, just because we had it on hand, and forgot to buy bread, cheese, sliced meat and lettuce (the perfect ingredients for some gourmet sandwiches that, well, who is Carlo Cracco?). The low budget plan failed, within the time of a grocery shopping. And we ended up cooking some outstanding Nutella crêpes. But since we are not here to write recipes or to host La Prova Del Cuoco* (3 eggs, ½ litre of milk and 250 gr of flour)… we had to respect our obligations.

Before collapsing from tiredness, the evening before we managed to put together an itinerary thanks to some practical leaflets, that were distributed with a huge amount of Perugina chocolate. Huge, I swear. Among the panels, two were worthy of notice. The first one is the Nereo Sciutto‘s one: “The relationship among media, advertising and artificial intelligence”. It is a discussion with various personalities, such as Michele Boroni, a marketing expert, Serena Danna, Deputy digital Director at Vanity Fair, Annalisa Monfreda, Director at Donna Moderna**. The artificial intelligence issue has ben thoroughly discussed during the festival, but not as much as needed in order to result central, concerning the communication of the future. By the way, the various interventions pointed out something about which I didn’t think about, as a wannabe communicator (ok, just getting all cocky… call me cimmino***). At the university we do talk about these issues a lot, about how the Internet, websites and social networks are targetting us; about how Google’s SERP changes according to our research, about how a company is able to reach its audience in a specific way that is punctual and remunerative. Unfortunately, the usual systems, those famous algorithms, are not always able and quick in understanding these kind of research, and so they only think to know us. In order to fill the gaps of the system that’s being used, some artificial intelligences are developed, and they’re able to filter all the research that describes us. In order to give quick instance we’ll exemplify the concept presenting the case of the average working person, with a family and that has already (widely) got over the age for a hostel: with the incoming summer period, this person will look for a 4 or 5 starred hotel. With the present-day system, Google, probably aknowledging that this is a more or less wealthy person, will propose expensive products, branded clothing, jewelry, cars and so on. Obviously, in the majority of cases, that kind of content will result irrelevant, since Big G has simply ticked a box in a questionary, labelling the person as wealthy instead of “looking for convenience a week in a year”. Artificial intelligence, at this point, comes into the picture to eliminate the unforeseeable, one-off research, products bought only once that don’t match other puchases. So, it analyzes all our browser history and tries to create a realistic idea of what we are and, consequently, what we want to buy and search. It stops deluding itself, and in this way companies obtain a new method for the market share that is actually interested in a commodity, and not everyone who finds himself buying a silver bracelet as a gift for a friend.

The second enlighting panel of the day (and not only), has been “Immigration: for a positive communication”. The names that where part of it took immediately off the idea of a do-gooding panel: it makes totally sense to decline this concept. Mostly during the last years, when you hear about racism, this unclear and unpleasant term gets usually associated with the matter. The do-gooder identikit is the one of someone who says or does good things to help the others, in this specific case migrants, and that, according to critics’ opinion, does so just to obtain some sort of personal benefit. All this can be resumed with: “so why don’t you put up an accomodation for them, in YOUR house?”. Briefly, a do-gooder that is not just full of good words, is the one that, in the past, would have been called “a good person”; people want to associate a negative meaning to this, they want to mock him like he was a hopeless idiot that doesn’t know how the world goes. The reasons why this term is used this way are various, as someone would state, but the one that makes more sense among them is the following one: the loss of historical memory and economic welfare, that made us forget what “helping” means. When you put the “not do-gooders” in front of good people that try to help the others (mostly the weak, that we see as aliens), they feel at fault, since the contrary of good is bad: no one wants to be the bad guy in the story.

This been said, those participating are Mario Morcellini, AGCOM commissioner, Paolo Brivio, mayor of Osnago, Paola Springhetti, director at Reti Solidali, Paolo Giulietti, vicar of Perugia, Maria Rita Valli, director of La Voce. The core aspect of their interventions is basically an analysis of what happens nowadays, from a media perspective, when you talk about immigration. If you accept the term “do-gooder” as a meaningful one, I’ll immediately state that the encounter wasn’t. No one denied that the awful management of immigration is a serious issue that needs to be faced, but the problem can’t be the people, not the ones that are just looking for a better life. The clearest example is the one presented by the mayor of a very small town of 4500 inhabitants that, according to the provided data, is home to more than 600 foreigners, about 16% of total number of people. This fact is important, because the percentage is definitely higher than the national one, that is around 10% (12% considering irregular immigrants). In such a small village -tells the mayor- all this multiculturalism has brought many benefits. Workers for companies in the surroundings, a wider inter-cultural exchange, new human relationships in a globalized world. Not to mention all the caregivers for the elderly, or the youth that will create future generations. Having stated that the immigrants are not evil, we have to ask ouselves why we tend to have such a negative perception.

The first answer is “disintermediation”: we are less and less ready to accept institutions’ directions, we don’t trust them, we think they’re deceiving us even when they put on paper the factual matters (for instance: in Italy, immigrants are believed to be around 30%, even if they are one third of what suggested). We tend to listen more and more the ones that we trust: friends, family. It does not matter if they just have a middle school diploma and have an opinion based on what Johnny the drunkard said at the bar, or if they have a wide knowledge in a certain field. This is obviously favoured by how social media spread the possibility to share opinions, even when not needed.

Another problem that is strictly connected is the issue of fake news (I’ll remind you Samuel L. Jackson’s photos, when he was mistaken for a rich immigrant with the infamous “35 euros a day”****), powered by a kind of journalism that runs for the news in order to spread it as fast as possible, instead of better. The solutions, proposed by the speakers, are: a lucid criticism to what we read, and to the story of every single person, in order to remember everyone that we’re talking about ,men, women, children and old people that had a life elsewhere and, if they could have done it, they -yes, I’m about to say it- would have stayed home. To cut it short, information and all the people it gets to live in the illusion of an emergency that doesn’t exist, since “emergency” is something abrupt, and not structured as immigration now is.

I really would have liked to shake hands with Morcellini, but alas, this was a pointless illusion too. And, moreover, among all that well prepared, professional and famous people, it is difficult not to think of being of some sort of value. Obviously it’s not like that, but we can, and maybe need , to keep on daydreaming about being on the other side of the stage, one day.

P.s. The last delusion was the plan to go out for dinner. Again, our laziness and our exhaustion didn’t want to listen.

*: La prova del Cuoco is an italian tv programme about cooking.
**: Donna Moderna is an italian magazine, mainly about fashion and gossip, that targets women.
***: At Pavia’s University, people who study Communication are enrolled at CIM, and for this reason Communication students sometimes get called CIMmino, which is a sort of diminutive.
****: In Italy, fake news have spread the idea that immigrants get 35 euros a day from the State. 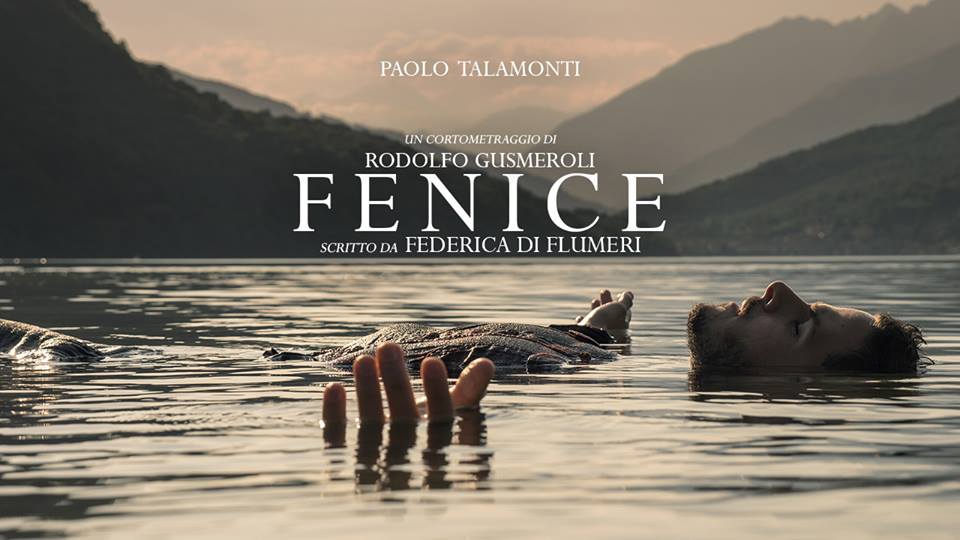