The best way to leave is to take a train. To be fair, I didn’t tecnically lost it. It was it, actually, the one that got lost. Who knows where, who knows when. Thanks to the district’s timing, an hour later I was heading to Milan. 10:15 pm, Lampugnano station, that surely everyone knows due to its countless virtues… that is to say no one in particular. Besides everything, I managed to reach the starting point of the masterpiece that Flixbus is. Pavement C, 10:45 pm, still no one around. “Hey, are we sure that this is the right day?” “Yes” – answer the other journalism wanderers – “And is this the right place?” “Yes” they answer again, their doubt increasing. We wait. We are legit ready to look for a train back home, when the light appears. No tunnel, just two headlights on a green background. That’s Google Images’ fault, I made up a far too enthusiastic idea about the buses: wonderful desks for four people, super fast Wi-Fi, power plugs, toilets worthy of envy by Neville’s Rooms of Requirement. Such a pity that everything did translate into: seats slightly more comfortable than normal, Wi-Fi with blocked Netflix and Youtube, USB plug, and that’s all (+unawareness+borderline uncharged PC= too many films on the list, and few, very few chances to watch anything). The toilet, by any means, did respect the expectaitions: a magical place, such as it was for Paciok. A blinding light that bursted out whenever it got open, like a trasure chest from a 90s film, such as the ones that Italia1* broadcasts in the always creditable “che fantastica avventura“**. 6 hours and 55 minutes, 3 smoke stops (thanks to which we managed to delay the departure of the vehicle), a break at the pull-in, an unfortunate cinematographic choice (Jeckie,2016: do not watch it if you are one of those people who tend to fall asleep on transports, it knocks you out. At least I hope it was because of the jolting of the motor) and two bottles of water later, at the dawn of Thursday the 13th, 5:40 am, we finally got to Perugia, like Francis I at the entrance of Pavia in 1525: stuck for a year, waiting for the proper moment. Well, then, maybe it was just an hour and twenty minutes, and probably we didn’t even had to fight furiously. But this doesn’t mean that we didn’t struggle against something. Something like our sleep. Just 24 hours away from our last alarm.

The first thing I learnt in Perugia is that, if the sun hasn’t rised yet and you are at Umbria Jazz station, you need to follow the directions to the mini metro, go upstairs (you’d rather consider it an athletic training with a view to all the other stairs that you’re gonna climb, and get used to it), illegitimately occupy the tables of a bar, crearly closed, and pull out some gaming cards. After three gin rummy games not even 20 minutes could pass. The remaining infinite time, in the end, finishes, and the metro gates open. Marvelous vision, shuttle incoming. Do not think of Milan’s endless queue of coaches: this is single wagon, very compact, comes and goes every two minutes, more or less. This makes it the most performing public transports that I could imagine of. Coaches continuously to-ing and fro-ing, no worries about missing a ride and, moreover, being this railway uplifted, as you go upwards to the city you can enjoy a beautiful view that makes the meantime a little less long. The impact with Perugia is not easy, no one is ready to all those ramps. Surely not at 7 o’clock in the morning. Let alone when you’ve been accompanied, for several hours now, by a trolley that produces an obnoxious sound that slowly taps in to your brain, abandoning yourself to the idea that it’ll be following you for the rest of your life like an horrendous soundtrack. Fortunately, it did not end up like that, but the stairs keeped on staring at us, and we had to face them. With the soft light of morning and the slowed up rhythm of the first men around, our zombie selves were heading to the one thing that did seem like the most important business in the world: breakfast. “Breakfast is the most important meal of the day” would say a nutritionist, and people like that. So, the concept is this, but switch it with some junkies in a withdrawal mentira, and you’ll get, more or less, a clear idea of what we were in that moment. Having the clock almost striked 9 o’clock, we drag our tired limbs home; waiting for us there is a householder that you’d expect to see in a sitcom, or how you’d imagine Mrs Hudson if she was italian. A nice, unusual woman, explaining all the incredible functions in a house (with a confused mindset): beds, bathroom, kitchen, keys. But, having the door been closed behind our backs, is the time for a throwback to the moments when we used to foolishly run for the seats in the back of the bus: a challenge for the best bed. Moving past the toiletry business, finally, after a reasonably long time, we realize that nothing will move us from our mattresses. We were wrong. Lunch would have moved us soon afterwards, in order to teach us an important lesson: supermarkets in Perugia are tiny. I can assert, without being contraddicted, that probably someone hanged our photos on the entrance, stating: “I cannot enter”. Not impressed by the lesson, I asked for some extra teaching coming back home, full of bags. Do you remember the stairs? They don’t like changing -I’m starting to overquote Harry Potter-, but they like tripping. I think I lost an ankle. We agreed on leaving it behind on that step. Maybe I’ll pass by to pick it up before I’ll come back.

After a rich but thrown together lunch, the real challenge was waiting for us. “Come on, it couldn’t be so terrible” – we were saying, trying to convince ouselves more than the others – “on the contrary, probably it will be intresting”. Again, we wasn’t right. Being awake for 30 hours straight makes you reach the forth heaven or something mistically similar: a sort of limbo, like a constant drowsiness during a tedious lesson at the University. Situation that led the four of us to come to one solution: to go back home and try it again, the next day. From then on only food, to cheer us up, make us feel still alive and not to fall in Death’sslumber’s embrace, some winesparkling water, because the tiny bubbles reminded us of alternative academic wednesday*** that we spent on the bus, and much folly. Nothing new, indeed. After spending 40 hours awake, we just had to sleep and recover.

But IJF18 is just at its beginning, and this was the first, completely useless day.
Baci from Perugia.

(good ol’laughs in the background)

* Italia1 is an Italian tv channel, usually considered to be kind of trashy.

** This is the name of a series of films, put together by genre or by similarity, that is broadcasted periodically on Italia1 (sometimes other channels follow the same scheme) on the same day of the week. Usually this specific one provides adventure movies. There are also romantic series and, sometimes, more late at night, horror. The funny thing is that the choosen films are always the same, over and over.

*** In Pavia, Wednesday evening is the moment in which students from the University arrange nights out and parties in some discos. 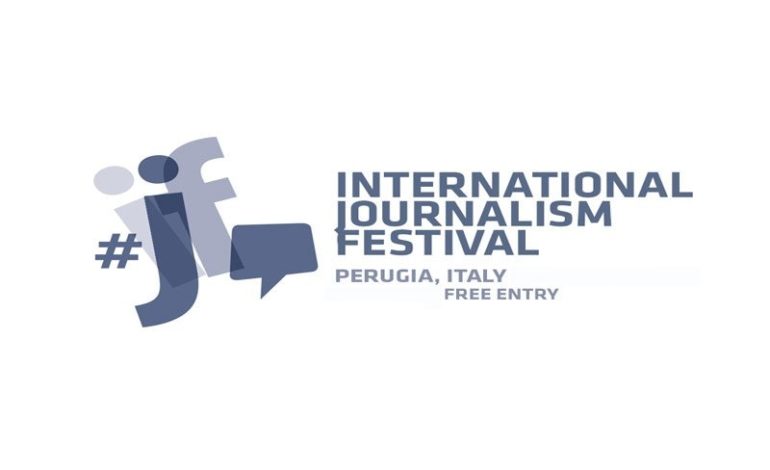